Some of you have heard of the term radiosurgery, and some have never heard of it. It is a relatively recent concept that is not even familiar to doctors yet.

When I was the second year of resident, I remember that my hospital installed the radiosurgery device and started the treatment at Seoul National University Hospital. At that time, I though it was an incredibly trustworth and creative therapy, and I felt like it is a new reatment that would dry out the cancer as if surgically removing it without any pain or scarring. Radiosurgery was used in brain tumor, lung cancer, liver cancer and so on for the first time, but now we are trying to apply it to other cancers, and I am also conducting a clinical trial related to it. 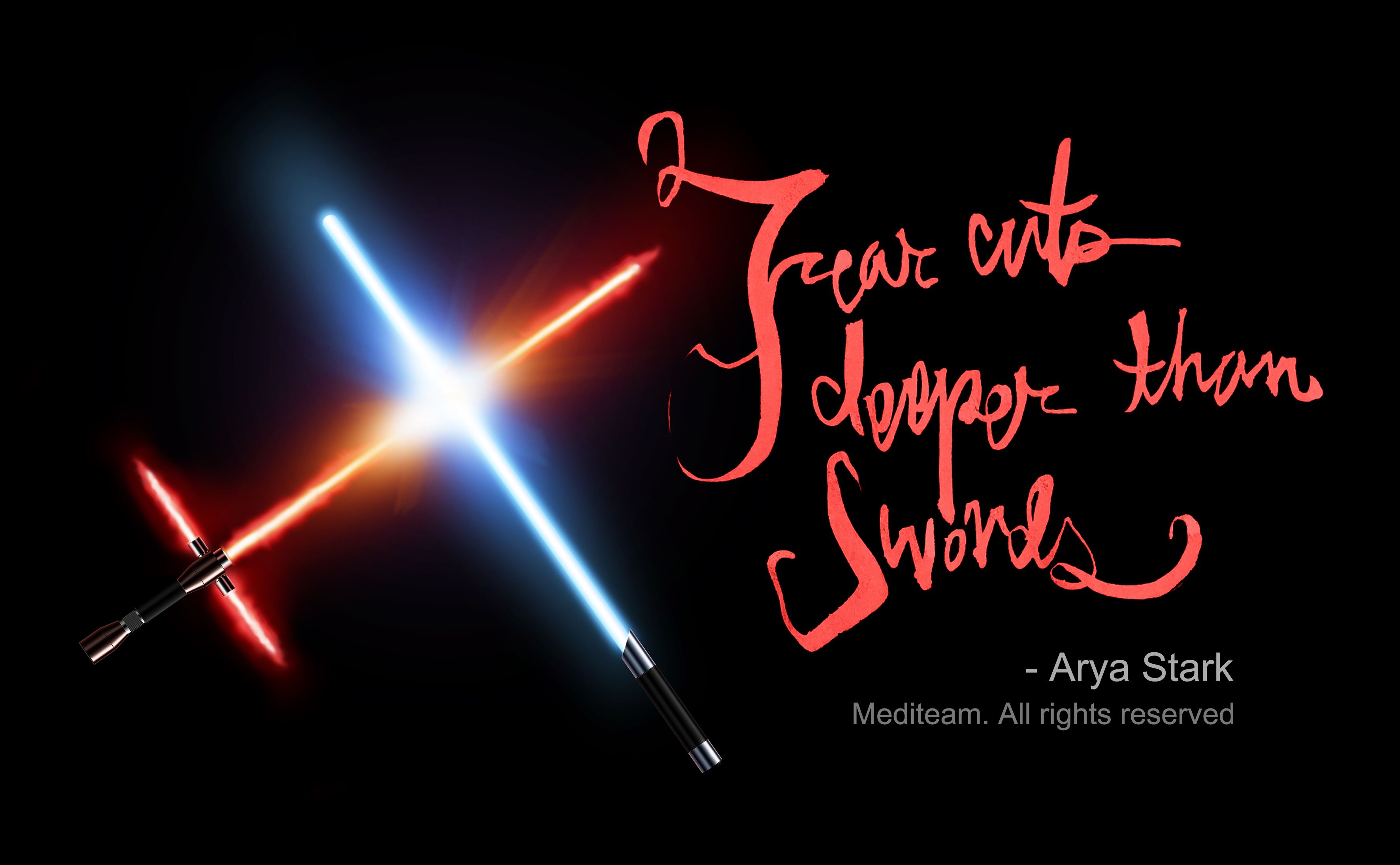 It is also called as Sterotactic Ablative Radiotherapy (SABR). This term, SABR was abbreviated in Sabre (pictured below), a European cavalry sword. 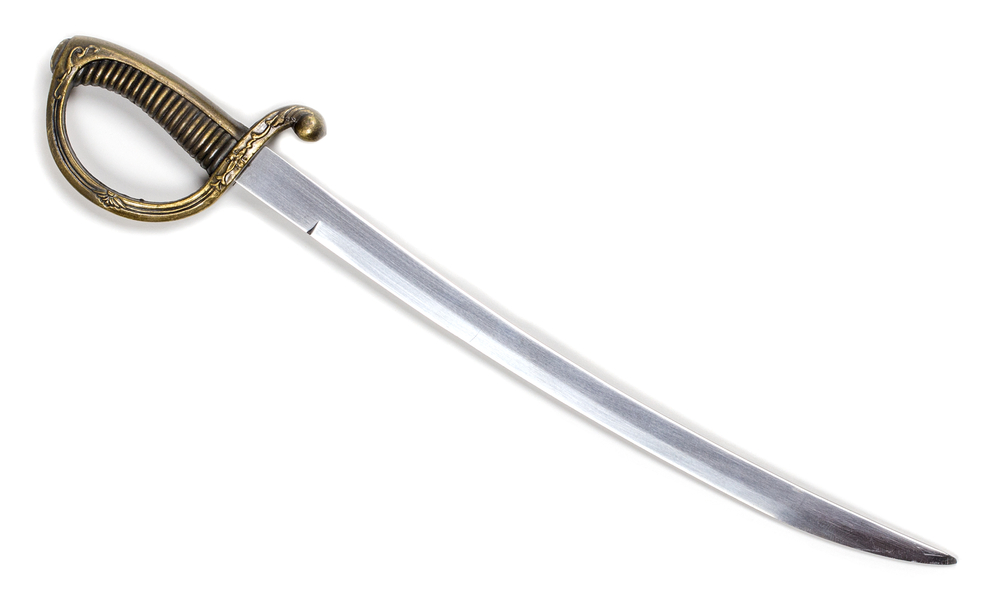 The term 'stereotactic' implies a precise positioning for treatment, which is an important condition for radiosurgery. Radiosurgery is a technique that delivers a high dose of radiation exactly within the target to minimize the radiation dose to the surrouding normal tissue and get the desired radiobiological response. More than 10 times the radiation dose of conventional radiation therapy at once, so the biological effect is destructive like surgery, and it is called radiosurgery.

2. How has radiosurgery become possible?

Radiosurgery was first designed by a Swedish neurosurgeon and was intended to treat lesions in the brain with a single shot of radiation. The reason why it was used first to treat brain tumor was the rigidity of the skull. To irridiate a high dose of radiation, the position must remain unchanged and accurate. If the skull can be fixed, the location of brain will remain unchanged with the skull, as it is possible to deliver radiation to the desired location as planned. The machine was named as 'Gamma Knife'

With recent advances in technology, radiosurgery has become possible not only for brain lesions but also for other areas in body. This is because ① CT/MRI images can be taken before and/or dring treatment, ② high dose of radiation can be delivered quickly and accurately. 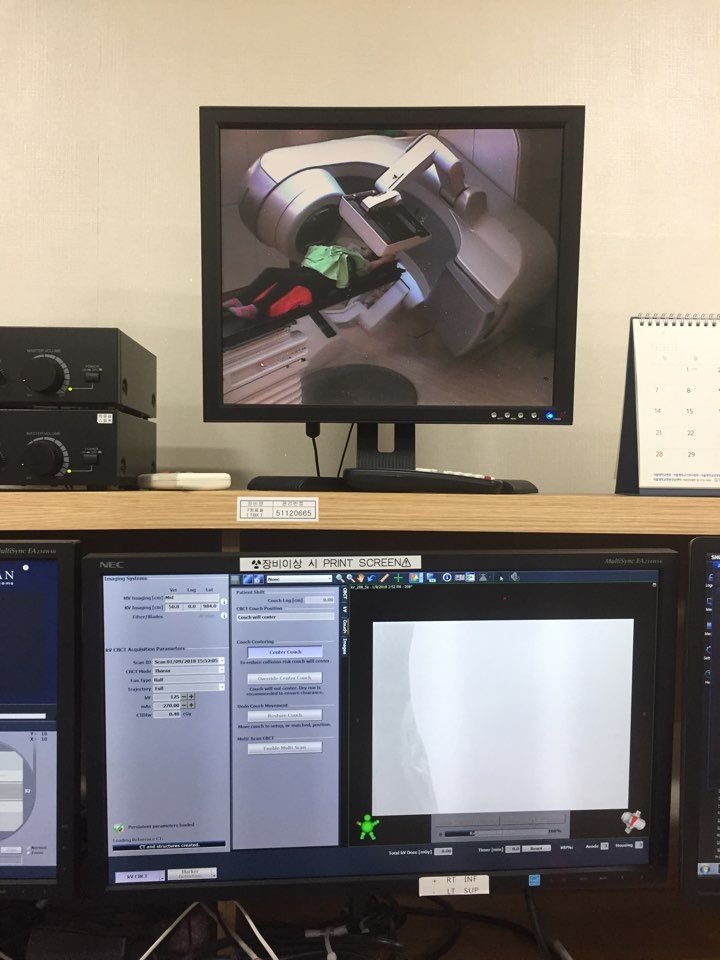 3. What is different from conventional radiation therapy?

On the other hand, in case of radiosurgery, the treatment is given only one to five times. The amount of radiation irraidated at one time is more than 10 Gy.

Second, tolerance of error is very small. It can be dangerous to deliver this large radiation dose at once to patient. Even a small change in location can cause serious complications by the radiation coming into the area where it should not be treated. Therefore, there must be a procedure to confirm that radiation is being investigated before treatment or during treatment.

4. In what cancer is it applicable?

5. What machines can be used for radiosurgery?

In recent years, the advance of technology has enabled the implementation of radiosurgeries in multiple treatment machines to various tumors.

Gamma Knife (Elekta Inc.), which is the oldest and most steadily used for brain tumor teratment, is a representative example. In addition, CyberKnife (Accuray Inc.), TreBeam (Varian Inc.), Tomotherapy, Viewray (MRI-cobalt), Novalis, and proton therapy can also provide radiosurgery. There are slight differences in each machines, but the big frame is the same. Since machines that can perform radiosurgery are usually expensive and relatively recent machines, they are often introduced in advertisement of hospitals. However, it is important to take in consideration whether it is possible to implement 'radiosurgery' in the hospital or not, rather than focusing on a specific machine.

The features and advantages and disadvantages of each treatment machine will be summarized separately.

Radiosurgery has brought another paradigm shift in cancer treatment. And the change is ongoing. It is expected that there will be a big change in cancer treatment guidelines according to the results of various large clinical studies in the future.