I have been asked, 'are vitamines helpful for my cancer?', a lot in my clinic. Because vitamin supplements are so popular these days, many people wonder whether vitamin can be helpful against cancer.

Vitamines are essential for our body metabolism. We have to intake them since human body cannot make vitamines by ourselves. Vitamin A is fat-soluble and absorbed by fat globules through the small intestines (see types of vitamines). 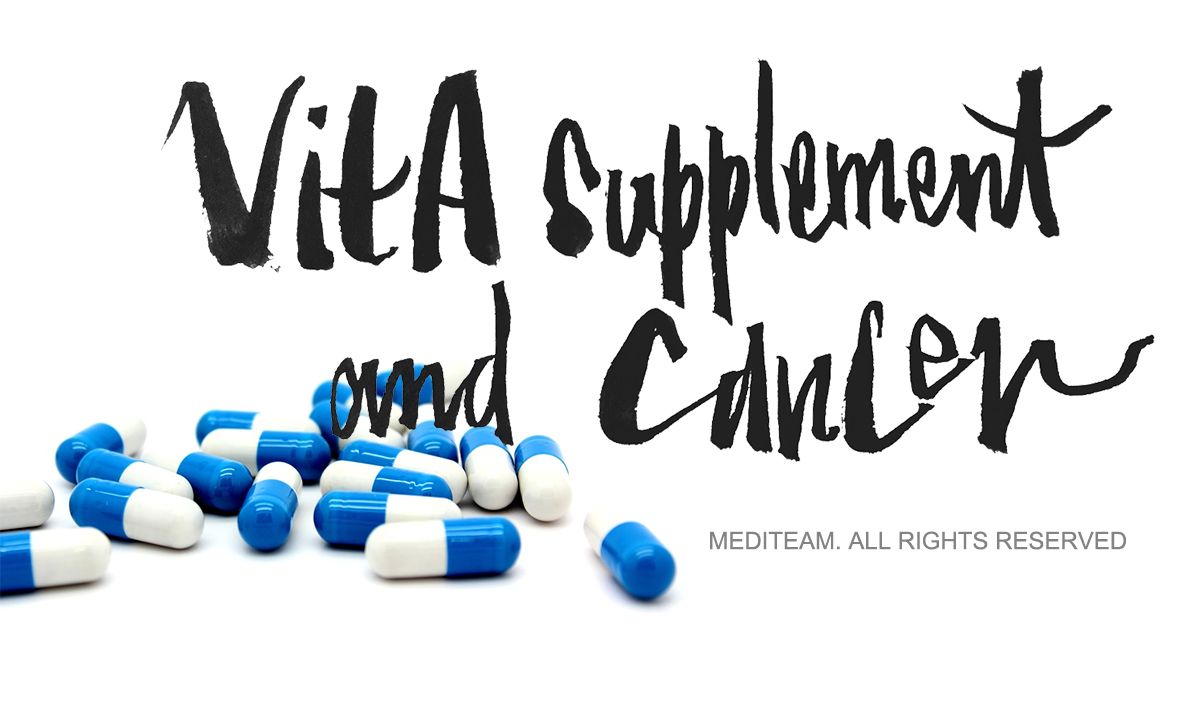 Vitamin A contains retinol and carotene, a precursor of retinol. Some carotenoids, most importantly beta-carotene, can be converted to retinol in our body and are sometimes called pro-vitamin A carotenoids. It is found in many vegetables and seeweed. Retinol itself is more absorbable, but mainly exists in animal liver (chikcken liver, pig liver, claw liver, eel liver, etc.).

Vitamin A is important for eye health. It is necessary to generate rhodopsin, the main component of the retina. It also maintains the skin and mucous membrane, preventing infection.

"Comparing retinol-supplemented subjects with placebo-supplemented subjects showed a hazard ratio for first new SCC of 0.74 (95% confidence interval, 0.56-0.99; P = 0.04). … Therefore, we concluded that daily supplementation with 25,000 IU of retinol was effective in preventing SCC, although it did not prevent BCC."

Beta-Carotene and Retinol Efficacy Trial (CARET) have conducted clinical trials with retinol, beta-carotene, and placebo for smokers or ex-smokers. The risk of death from lung cancer and incidence of lung cancer was rather increased in the group taking vitamin A over placebo group. In particular, the risk among smokers was a lot higher, leading to early termination of clinical trials.

Effects of a combination of beta carotene and vitamin A on lung cancer and cardiovascular disease.

"After an average of four years of supplementation, the combination of beta carotene and vitamin A had no benefit and may have had an adverse effect on the incidence of lung cancer and on the risk of death from lung cancer, cardiovascular disease, and any cause in smokers and workers exposed to asbestos."

In studies using beta-carotene supplementation, these results become more apparent. In a randomized clinical trial with beta-carotene, beta-carotene increased the risk of lung cancer among smokers more significantly than retinol.

Based on these evidences, vitamin A supplement in smokers can increase the risk of lung cancer.

3. Prostate cancer, "can be helpful for someone who lacks vitamin A evidenced by blood test".

Beta-carotene supplementation for patients with low baseline levels and decreased risks of total and prostate carcinoma.

"These prespecified subgroup analyses appeared to support the idea that beta-carotene supplementation may reduce risk of prostate carcinoma among those with low baseline levels."

4. Breast cancer, "significant relationship has not been observed…"

Retinol, vitamins A, C, and E and breast cancer risk: a meta-analysis and meta-regression.

"However, associations between other vitamins and breast cancer seem to be limited."

Vitamin A is a fat-soluble vitamin that can be harmful if it taken too much. The recommended daily dose is 5000 IU or 900 μg, and taking more than this dose is not recommended. Cancer patients tend to overdose with vague expectation that they will have anticancer effects due to antioxidant activity. However, the studies above seemed to warn them.