Interest in the heavy particle therapy or heavy ion therapy is rising along with the promotion of construction project called "dream cancer treatment machine" - a heavy particle accelerator. Although the project development of the heavy particle accelerator had been carried out with an investment of 200 million dollars (started in 2010), it is unclear when the treatment will be possible due to the budget issue and operation right issues. Occasionally, some cancer patients who have failed the conventional treatment pay more than a hundred thousand dollars and go to japan to get the heavy ion therapy in hope.

Let's take a look at what this heavy ion therapy machine is all about and if it is deserved to be called 'dream cancer treatment machine'. 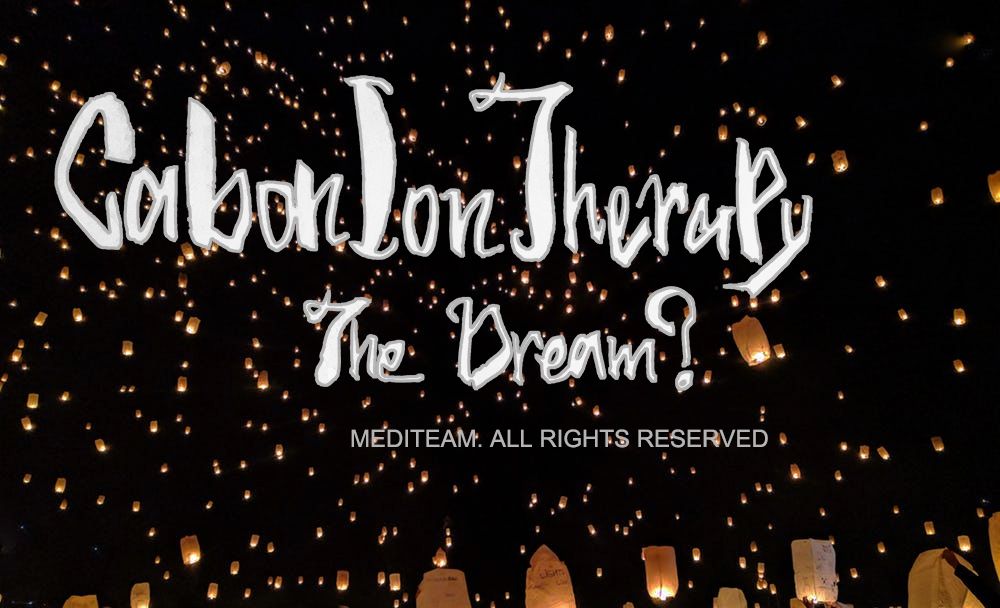 1. What is Heavy Ion Therapy?

In the past, atoms were thought to be the smallest unit of particles that could not be decomposed anymore. However, it was elucidated that the atoms are again composed of electrons and nuclei in the early 20th century, and the nuclei are again made up of protons and neutrons. Several years later, even proton has been found to have more internal structures, and these all particles are called elementary particles.

Elementary particles can be classfied according to their mass, that is; lepton, meson, and baryon. Baryon is divided into nucleon such as proton and neutron, and hyperon that has a mass larger than a neutron. Currently, there is a proton therapy unit at National Cancer Center in Ilsan city of Korea, and it plays a important role in cancer treatment.

The use of charged particles such as protons and ions for cancer treatment was first proposed by Dr. Wilson in 1946. A decade later, the Lawrence Berkeley Laboratory (LBL) in California started the treatment for actual patients. They treated patients with protons and light ions such as helium ions (atom number = 2) at first. From 1974 to 1992, 433 patients were treated with neon ions (atom number = 10), and then the center closed.

In the meantime, few patients treated with carbon ions (atomic number = 12), which is the first experience of heavy ion therapy.

3. What is the advantages of the heavy ion therapy?

The benefits of heavy ion therapy are summarized as follows. 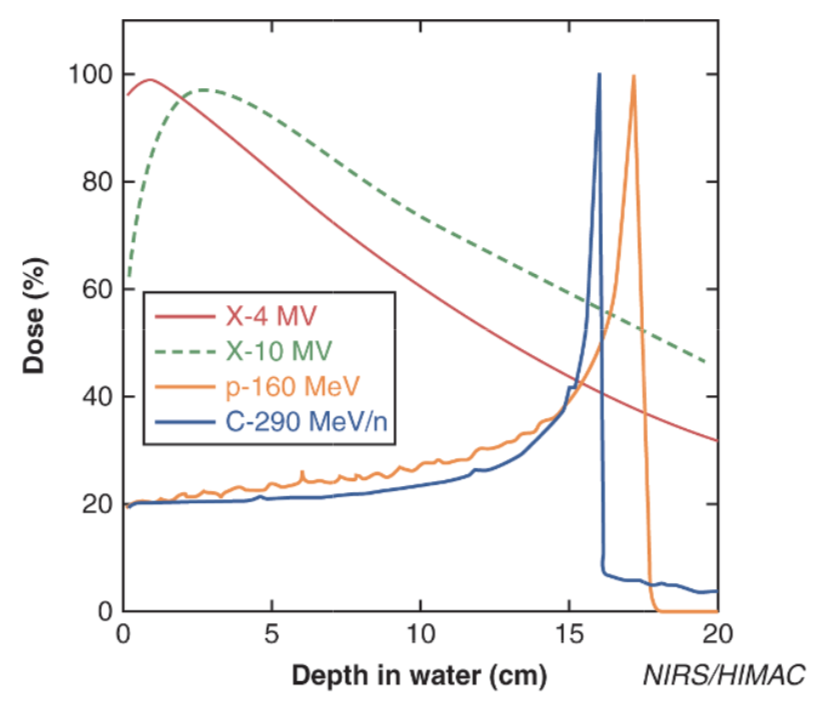 When a number of carbon beams are superimposed, the following dose distribution appears. This is called SOBP (Spread-out Bragg peak). By adjusting the plateau to be placed in tumor site, it is possible to concentrate high dose radiation only on the cancer. 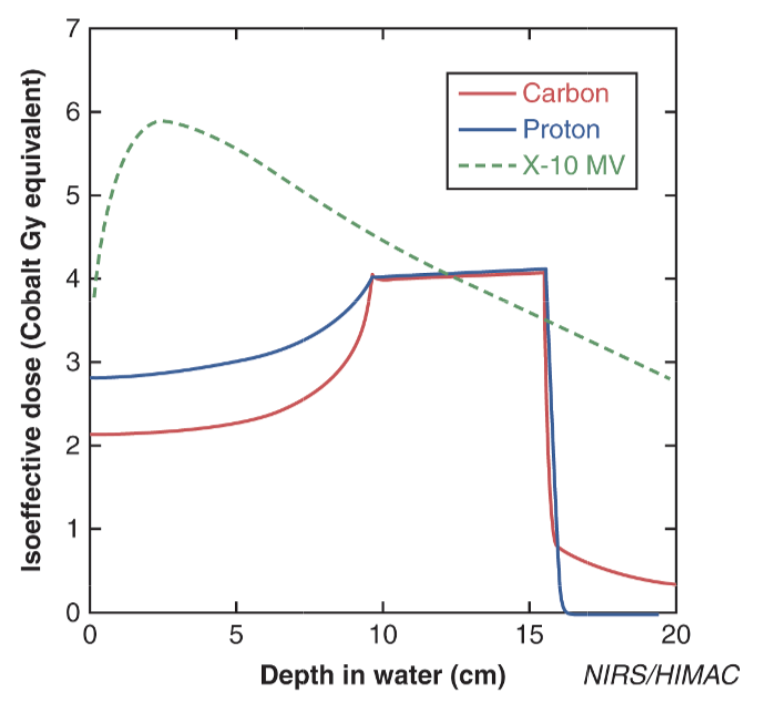 These characteristics are also found in existing proton therapy (running in National Cancer Center in Korea), and are already being used for special patient groups such as childhood cancer. Due to the high relative biologic effectiveness and high linear energy transfer of carbon ions, carbon ion therapy is expected to treat cancers that have resistance to other radiations.

4. In cancers can carbon ion therapy be used?

Currently, there are limited data available in terms of effectiveness of carbon ion therapy. Several clinical trials are ongoing and are being applied to cancers which are known to have a limited response to conventional radiation therapy.

5. Where is carbon ion therapy available?

There are currently four units in Japan, one in Germany, one in Italy, and one in China. Constructions of new carbon ion machines are undergoing in Korea and Austria.


After reading this article, what did you think about carbon ion therapy?

In my opinion, I do not think it is superior for all types of cancers, but I think it can definitely help in cancers that do not respond in conventional therapy. I hope that it will be able to treat the intractable cancer patients in Korea as soon as possible.