Hello, I am @cancerdoctor, a radiation oncologist in South Korea.

I had worked in Seoul National University Hospital in Korea, and I am working for public health now.

I am here in order to provide several important common notes in terms of cancer.

Today, I want to introduce some information about TATTOO AND CANCER.

There have been a stereotype that tattoo is the exclusive property of Mafia in Korea, but nowadays, it is getting more popular to common people. I am also interested in tattoo, so that I am following fancy tattoo pictures through instagram. However, tattoo has several medical concerns that might be able to cause several diseases. 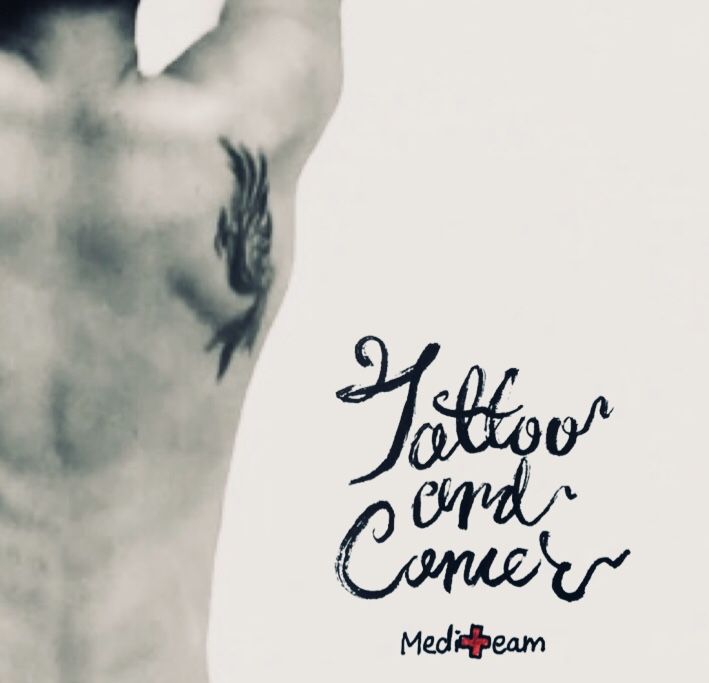 "Can tattoo cause cancer?"

YES, but the posibility is low. I will show you why.

If tattooist reuses a tattoo needle, you can acquire AIDs or chronic hepatitis, especially type C, and those can be causes of cancer. Therefore, DO NOT get tattoo in dirty, cheap tattoo shop!!

Also, repetitive infections and allergic reaction are being brought up for carcinogenic mechanism of tattoo. A sense of hygiene is important in terms of those problems.

"Can I get cancer despite of sterillized needle and sanitary tattoo place?"

For the past 40 years, there have been approximately 50 case reports about patients with skin cancer related to tattoo (melanoma, basal cell carcinoma, squamous cell carcinoma). Statistically, those cancers might be detected by chance in tattoo area. In a recent investigation, one out of four American aged 18-50 have tattoo in their body, so we can not say tattoo is a cause of cancer with such a low incidence of patients with tattoo-related skin cancer.

However, International Agency for Research on Cancer warned about tattoo ink. Some tattoo inks contain mercury, cobalt salt such as cobalt sulfate, and carbon black, which are classified as group 2B (possible carcinogen), and cadmium is classified as group 1 (carcinogen). Also, chrome, nikel, and cobalt, which can cause allergic reaction, were also detected from several tattoo inks.

"How about other cancers but skin cancer?"

Tattoo ink material can move from skin to lymph nodes. Enlargement or pigmentation of lymph nodes is occasionally detected among people who have tattoo, and the lymph nodes were somtimes overtreated due to a difficulty of distinction from cancer. However, there are no definite evidence that the enlargement of lymph nodes can be developed to cancer. Also, there is no report detacting a by-product of tattoo ink in other organs above lymph nodes.

In conclusion, there is not significant correlation between (hygienically safe) tattoo and cancer. However, several substaces that is carcinogenic or potential to be carcinogenic were detected in tattoo inks. Therefore, cosumers need to be aware of constituents of tattoo inks that will be used to their body. Also, regulations for components of tattoo inks need to be estabilished considering an increase of tattooing. Tattooists and consumers must be always careful of hygiene of tattoo needles and the place of procedure.